Another 50 for the Future 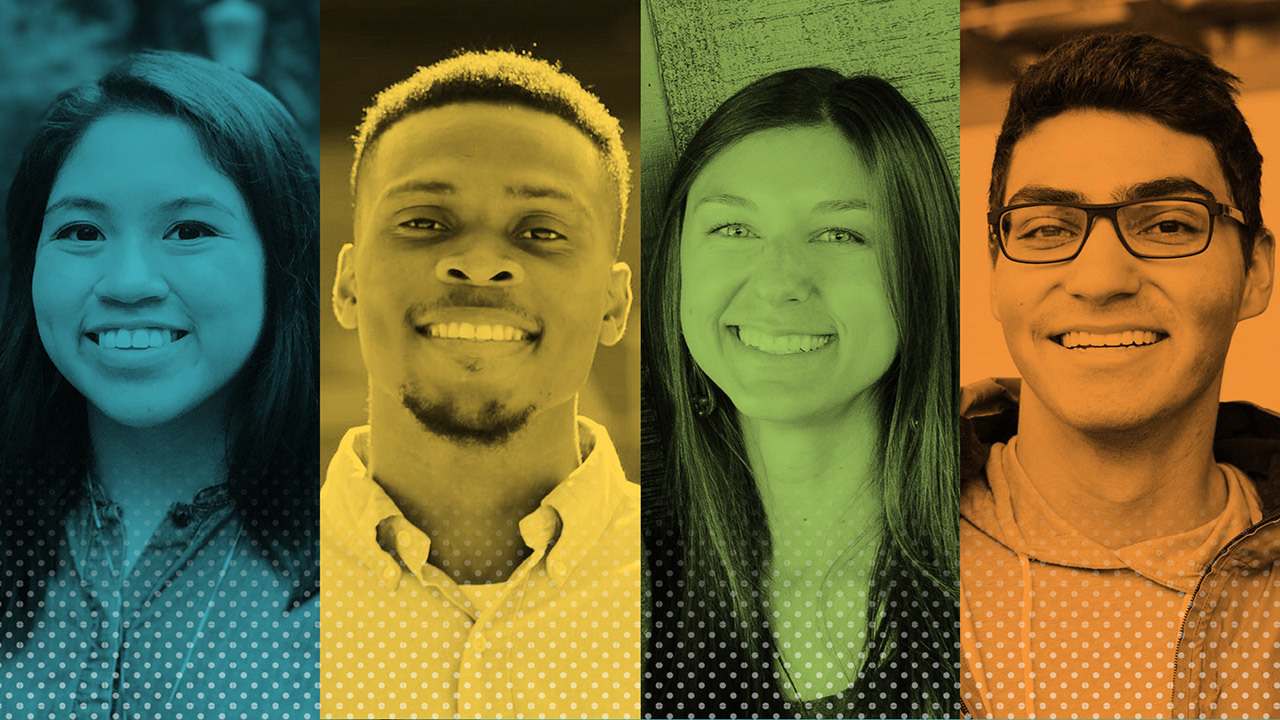 Fifty students, ranging in age from 20 to 40. Twenty percent identify with a race or ethnicity underrepresented in medicine, and nearly two-thirds are women.

This is the Class of 2022 at Dell Medical School at The University of Texas at Austin, the third to matriculate since Travis County voters in 2012 approved an annual investment that helped create the school. The dean of Dell Med, Clay Johnston, M.D., Ph.D., arrived in 2014, and the inaugural class began studies in summer 2016.

Beyond evidence of academic ability, the unique selection process at Dell Med seeks students with personal attributes and life experiences that have prepared them to meet the school’s mission to revolutionize how people get and stay healthy.

We are looking for applicants who align with and will actively contribute to our work. That means individuals who demonstrate skills and traits that set them apart as leaders, innovators, change agents, problem-solvers and collaborators.

This year’s class — chosen from a pool of 4,792 applicants — includes an El Paso native who was inspired to pursue medicine by a transformational experience at a nursing home, a graduate of the University of Notre Dame who sees health care as a human right, a Nigerian-American whose educational and career trajectories were motivated by his experience caring for a young boy with Down syndrome, and a former Peace Corps volunteer focused on empowering others both economically and in terms of health.

Nico Rago has always thought of music as powerful, but he sounds nonetheless amazed when describing how that power led him to a medical career.

As an undergraduate, Rago was performing with a university singing group at a nursing home when something profound happened. A deaf resident put her hand on one singer’s chest, to feel his voice as he sang, and the singer she touched teared up. “That moment was, wow, awesome,” he recalls. Witnessing the impact of this exchange affirmed Rago’s desire to work with people and for people, improving lives as a physician.

“Medicine to me is all about that kind of connection with another person,” Rago says. “Seeing what they’re going through and determining, ‘OK, I want you to feel a lot better, so let’s work through this and figure out a way to help you live the life that you want.’”

Rago, 21, is entering Dell Med with his sights set on working in primary care with underserved populations.

“I know there’s a huge demographic that needs a lot of help in health care,” he says.

With this priority in mind, Rago chose Dell Med because of its mission and its innovative Leading EDGE curriculum, which includes a nine-month block for third-year students to diversify their studies. Rago will use the time to complete MBA courses alongside his medical education.

“By knowing how the business side of medicine works, I feel like I can have a lot more tools to accomplish what I want to accomplish,” he says. “I really want to make an impact on getting care to the people who need it most and have the least access to it.”

Growing up in Brownsville, Texas, Bonnie Du learned the intrinsic value of service by volunteering for local organizations. As an undergraduate student, she developed a vision for a career serving others during a semester abroad in Puebla, Mexico, where she closely observed the complexities of public and private health systems in different communities.

“That’s where I really saw social determinants of health come to light,” she says. She witnessed disparities between rural and urban medical resources, deference to a doctor’s authority over a patient’s dignity, and the inability of some patients to understand what their doctors were saying. Du became intent on addressing health care challenges faced by underserved populations. After that study abroad experience, she decided to commit herself to a career in medicine and spent the last year working in a community health center that serves uninsured patients in South Bend, Indiana.

Du, 23, is entering Dell Med with the goal of making a career of primary care and, informed by her patients, working to influence health care policy and enact systemic change. “I think that when you empower those without a voice and those who are disenfranchised,” she says, “society as a whole improves in so many different ways.”

Du sees her own goals in Dell Med’s mission.

“If you start to think things can never change ... it looks kind of bleak,” she says. But Du expects she and her peers, fellow future physician leaders, can create an accessible, equitable system — one that will improve the experiences of both patients and health care providers.

“What I’ve learned is health care is a social good and a human right. How can I play my part in that?” she asks. But she has a ready answer: “At least in the way that I will choose to practice medicine, it is a career in service.”

Ife Shoyombo’s path has crossed two continents while improving innumerable lives. He and his family moved from Nigeria to the United States when he was 14 to seek better educational opportunities. Several years later, he assumed a leadership role with his father’s Christian ministry in Carrollton, Texas, providing food, clothing, education and health care support to community members. As a college student, he became the caretaker for a young boy, Dara, with Down syndrome.

“In that period, I transformed into the kind of person who really wanted to know what his purpose was,” he says. “Taking care of Dara — and praying and seeking and thinking — I stumbled on my name, which means, ‘God’s love,’ and I committed myself to finding my purpose through my name.”

His interests, experiences and natural knack for science seemed to merge into a purpose — loving people by healing them — so Shoyombo became an EMT and enrolled in a Master of Public Health degree program at The University of Texas Health Science Center at Houston, which he will complete concurrently with his first year of medical school.

“I worked in an emergency department, and I continued to fall in love with caring for people, giving back and going home every day feeling good,” he says. “I really enjoyed it.”

He also collaborated with his professors on research, co-authoring a study recently published in Nature that suggests ways pupillometry, or pupil dilation, metrics may mislead doctors and impact neurological care.

Shoyombo, now 23, is following his purpose in becoming a physician. He sees in Dell Med’s mission the ideals he thinks are missing from American medical practices.

“From a public health perspective, there’s a lot of loopholes in how health is practiced,” he observes. “I hope to gain insight into how to extend access to medicine to more people, and how to practice effective medicine, such that there’s limited waste and an overall sense of better health care.”

Empowering people has been at the top of Helen Schafer’s agenda for years. It’s why she lived in Nicaragua as a health care volunteer with the Peace Corps after college.

“I loved going out into communities and working with patients, sharing information to help them lead their healthiest lives,” she says.

Schafer extended her Peace Corps service to accept a USAID grant to train volunteer community health workers. When she returned to the U.S., she began working for Planned Parenthood in Austin as a bilingual community health educator, focusing on vulnerable populations. She also devised a creative way to continue helping rural Nicaraguans: She co-founded Tiny House Coffee to import and sell specialty coffee using a business model that paid Nicaraguan farmers double the fair-trade price for their beans.

“That was a different solution to a problem that’s been there forever,” she explains, referencing the difficulty small-farm growers face in negotiating good prices for their crops. “That [sort of rethinking] really aligns with what Dell Med is doing.”

Schafer, 28, was drawn to Dell Med’s mission, as well as the school’s commitment to the local community.

“I remember looking at Dell Medical School being built and thinking, ‘Wow, that’s the medical school that I want to attend,’” she says. “They recognize that there are a lot of problems in health care ... and they want to do things about it.”

Schafer’s ambition is to advocate for policy changes as she helps her patients take charge of their health. “I want to deliver care that is non-judgmental, patient-centered and focused on really informing my patients so that they feel empowered to make their healthiest decisions,” she says.