Are Antidepressants Safe During Pregnancy? No, Says Researcher — But Keep Reading

Psychiatrist Jeffrey Newport, a specialist in reproductive mental health, wants parents to look beyond black and white when it comes to making choices that may affect their babies. 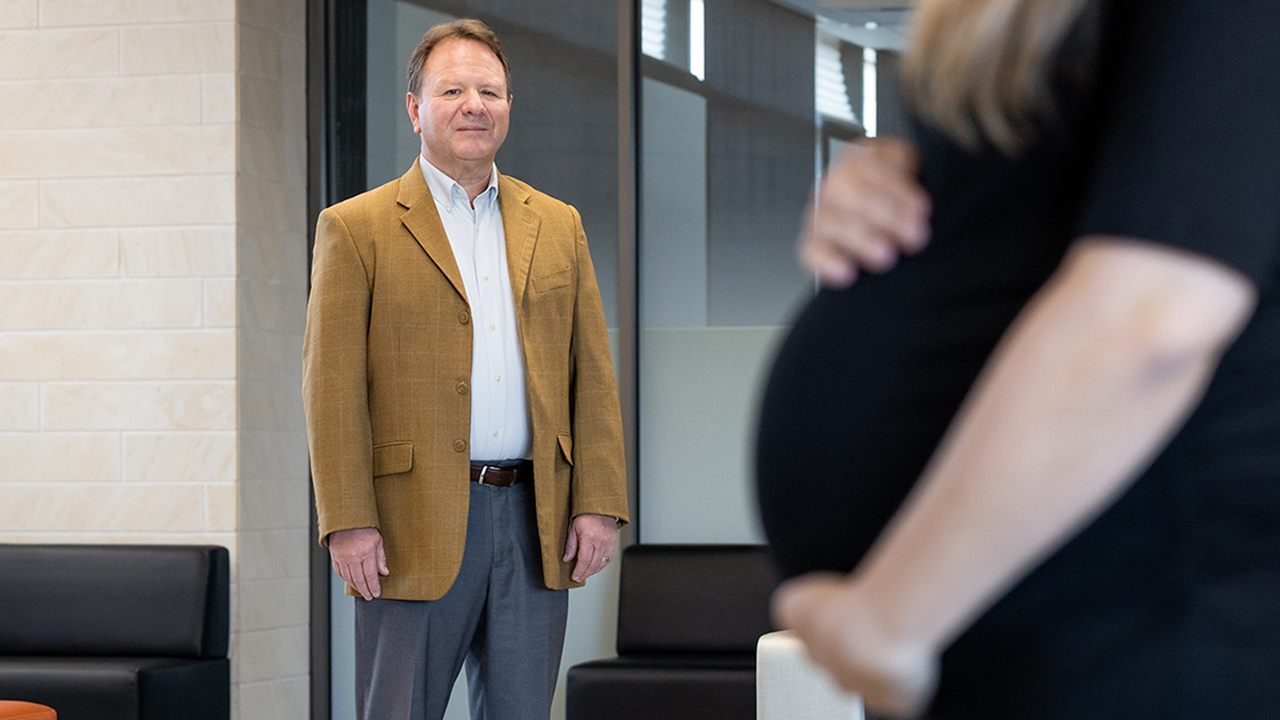 It’s a Thursday afternoon, and a psychiatrist in Austin has reserved an hour to meet with a writer for the medical school where he’s working to integrate mental health services into standard gynecological and obstetrical care.

They sit and talk about a woman in her mid-30s who had a baby in 2018. About how, in the days following the birth, she struggled to breastfeed. How she slept in broken intervals between feeding attempts and weak cries, most — but not all — her son’s. How she failed a test for the first time in her life when the pediatrician’s office presented her with the Edinburgh Postnatal Depression Scale.

The psychiatrist is Jeff Newport, a Miami transplant to Central Texas who leads the Women’s Reproductive Mental Health Program in the Department of Psychiatry at Dell Medical School at The University of Texas at Austin. The woman is me.

Many struggle far more than I did. Some will require pharmaceutical treatment, which is where things get tricky for breastfeeding mothers trying to balance the support of their mental health with the needs of their babies. Efforts to help them brings us back to Newport and the interview earlier this month.

Mary Cope: So, is it safe to take antidepressants while pregnant or breastfeeding?

Jeffrey Newport: My answer to that question is always the same, whether we’re talking about antidepressants or, in fact, any medication: no.

There’s no medicine that’s been so exhaustively studied that all potential risks have been eliminated. But although I can’t tell you that the medicine you’re taking — or need to take — is safe, there is enough information for me to guide you as to whether it might be safer for you and your baby than the alternative of not taking it.

MC: My experience is that many pregnant women are much more comfortable taking medication for a physical ailment than a mental illness. Why is that?

JN: Very often, people — including physicians — don’t really have an appreciation for the risk posed by psychiatric illness. Imagine two women, both pregnant, both taking the same medicine: one woman for bipolar disorder, the other for epilepsy. Historically, you were quite likely to find doctors who would never tell the pregnant woman with epilepsy to stop that medicine but who might very well tell the woman with bipolar disorder to stop. The only explanation is that they fully appreciated the risk of having seizures while pregnant, but they didn’t fully appreciate — if at all appreciate — the risk of the mental illness for mother and baby alike.

We have to help women understand that all illnesses left untreated potentially have an impact not only on them, but on their child. Very often, women come in with the notion that "OK, if I want to have a healthy baby, then my only option is to stop treatment and suffer and be miserable." The reality, often, is the opposite — to suffer and be miserable is putting you and your baby both at an unacceptable level of risk.

MC: One of your areas of focus is integration of mental health care, right? Is that a cure for some of these problems?

JN: Yes. Here at The University of Texas, we’re working with the Steve Hicks School of Social Work to integrate behavioral health care into the UT Health Austin specialty clinics, starting with the Women’s Health Institute. We’re using a stepped model, evaluating the severity of problems with screening instruments and then directing individual patients to particular levels of care appropriate to the severity and the nature of what they’re struggling with, which may or may not include a psychiatrist or psychiatric medication.

What we’re talking about is not just indiscriminately throwing someone toward any mental health care but directing them toward the appropriate types of care that are best suited to help them. For example, women with chronic pelvic pain may have histories of childhood sexual trauma, and a fair number of them have trauma-related disorders like PTSD or anxiety or depression. For them, we’ll provide ready access to trauma-focused mental health care.

MC: You’re a researcher, too. What are you investigating?

JN: We know that psychiatric illnesses run in families. But that doesn’t necessarily mean that the risk within a family is solely or in some cases even primarily genetic. It is often a consequence of environmental exposures, particularly childhood events, interacting with an individual’s genetic profile to create vulnerability or resilience to subsequent illness.

I’m part of a group working with the Institute for Early Life Adversity Research at Dell Med to examine how maternal mental illness during pregnancy and during the earliest phases of a child’s life has an impact on that child’s development and the child’s subsequent risk for illness themselves. The other thing we’re looking at is the question of what impact a history of childhood trauma has on women as they begin to start their families. There’s already evidence that suggests a link to unplanned pregnancy, low birth weight and disruptions in mother-infant bonding.

Understanding these risks helps us better guide women weighing decisions about things like the use of antidepressants during pregnancy. If we can begin to quantify the risks, that provides them with more complete information.