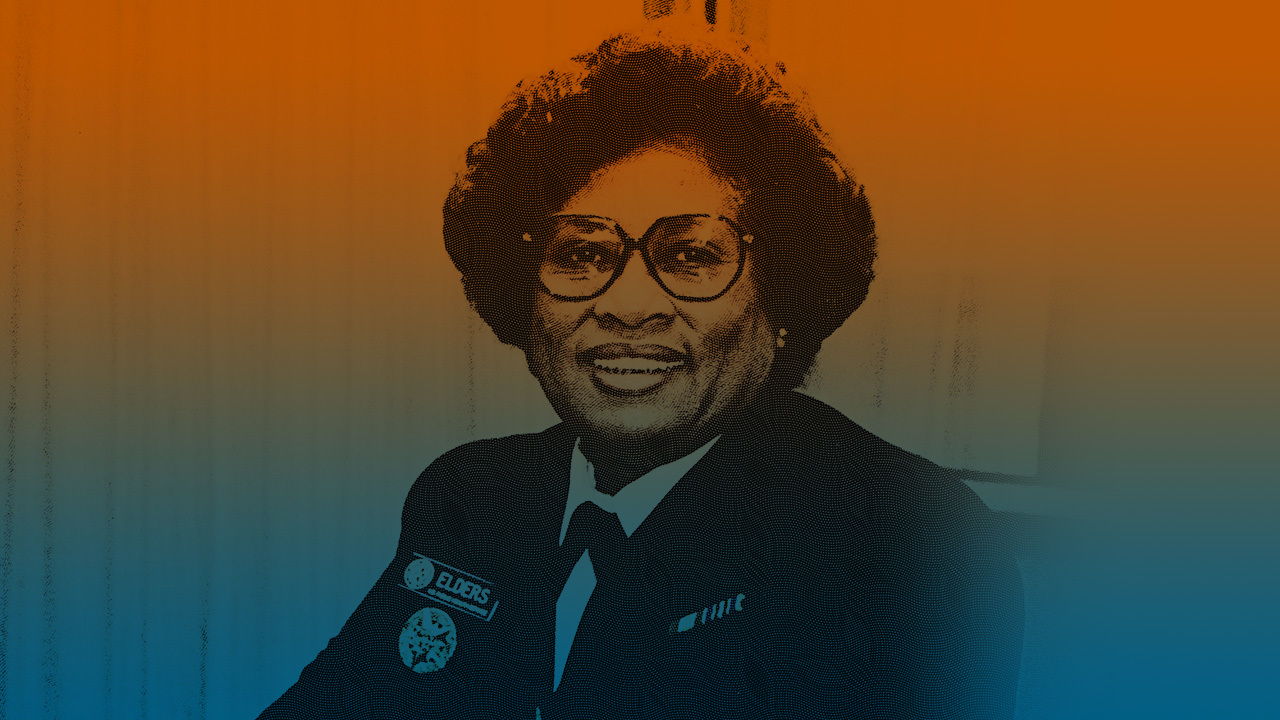 Now, the 85-year-old Elders, speaking from her home in Little Rock, is challenging the status quo in medical education alongside Jewel Mullen, a former principal deputy assistant secretary at the U.S. Department of Health and Human Services who’s championing health equity at Dell Medical School at The University of Texas at Austin.

Jewel Mullen: You’ve been a source of truth in medicine and public health — but 25 years later, we’re still dealing with many of the same things you were talking about in the 1990s, from gun violence to access to contraception. Why do you think it’s so hard to make sustained progress?

Joycelyn Elders: As a people, we are resistant to change. But we have changed. Lots of changes have been incremental. Sometimes we may need monumental change, but incremental change is all we can make. It takes time. We just have to keep going.

JM: How can medical educators help? Is there something we should change about the way we’re training our students and residents?

JE: We need to teach them the importance of involving their communities. And they need to learn how to influence what’s happening around them.

JM: A colleague who was here to speak a few weeks ago said all medical students need to learn advocacy.

Mary Cope: What other skills or competencies would be on your short list?

JE: I go back to leadership. Medical students are going to be leaders in their community, and they should have some skill. I don’t think we, as doctors, tend to lead very well.

JM: Why aren’t medical schools more proficient at producing the doctors that the system needs?

JE: Most students are very conscious of economics, and it really drives their choices. We need to change how people are paid. If the students specializing in public health, pediatrics or mental health could earn as much as the cardiovascular surgeons, we’d be much better off.

MC: Dr. Elders, what could enable some of the things that you’re calling for? Is it just a matter of will, or are there other factors that could influence toward that change?

MC: You have to speak, and forthrightly?

JE: You have to have gumption. You know, we in public health and we in medicine have not fought nearly so well as we could have.

You don’t have to hit them over the head with a hammer. But make sure they always have a little headache.

JM: Is part of “fighting well” being willing to weather a short-term impact in pursuit of a long-term outcome? You went from being someone who was ostracized for talking about sex ed to having a University of Minnesota chair in sexual health education and a University of Arkansas chair in prevention and health promotion named for you.

JE: You have to know what it is you’d like to achieve. I wanted all children to have an opportunity to grow up healthy, educated and motivated, and to have hope for the future. That was my prize. I didn’t worry about the power structure that I had to fight to get there.

If they never say anything about you, that means you aren’t doing anything.

JM: Speaking of doing things: A few years ago, I said to you, “I don’t know what to do with myself next.” And you told me I needed to figure it out. So I did, and I came to Dell Medical School, where the mission is to revolutionize how people get and stay healthy. That has armed me with a word, “revolution,” that can be a call to action.

What do you have to say to me and others who really want a revolution for health and for equity?

JE: When you revolutionize something, you’re changing it, and the most difficult “C-word” in the English language is “change.” Realize that it’s not going to happen overnight. It’s going to be gradual. And the things you feel strongly about — just keep pushing forward with those.

You know, you don’t have to hit them over the head with a hammer. But make sure they always have a little headache.

This conversation was edited and condensed for clarity.