Behind the scenes of the sports world’s doping problem. 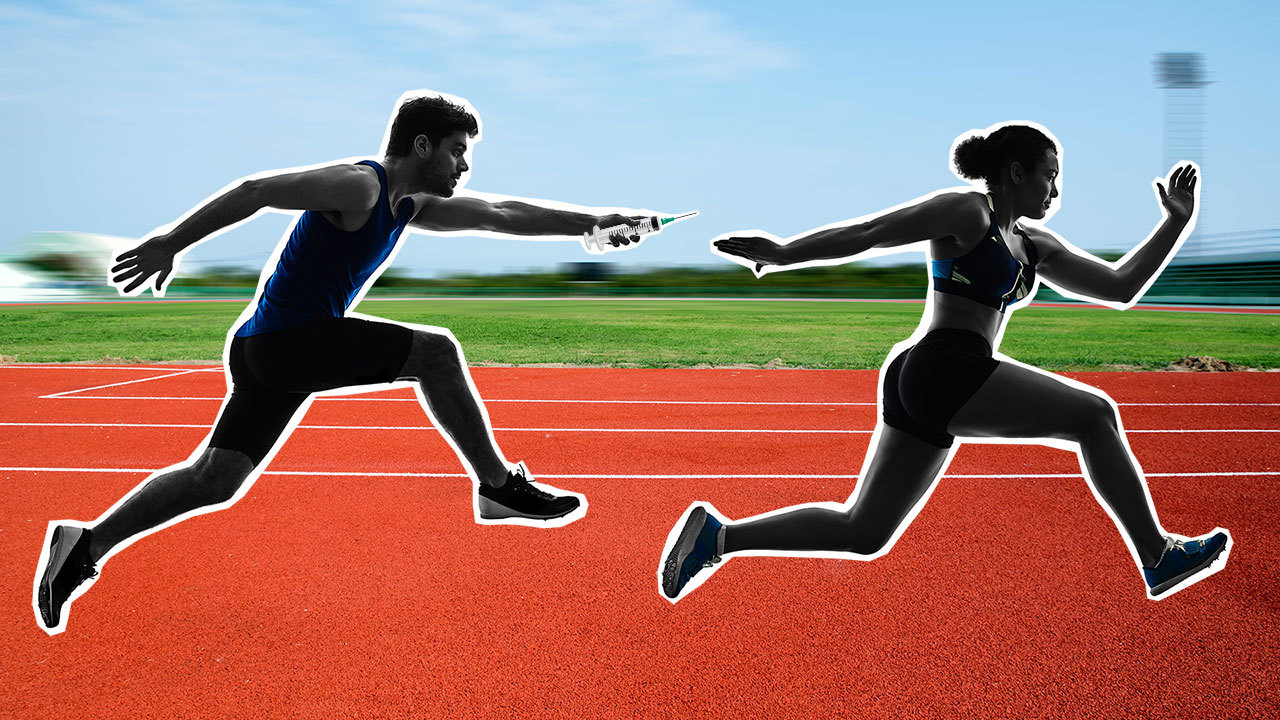 Before the high-profile sports scandals and competition bans, before the urine samples and test results, scientists around the world are faced with a monumental challenge: figuring out how to detect doping practices rampant in a trillion-dollar industry.

Two of those scientists are Tom Brenna, Ph.D., and Herbert Tobias, Ph.D., professors in the Department of Pediatrics at Dell Medical School at The University of Texas at Austin. Since the mid-2000s, they’ve been a leading force in creating standard materials and methods in the international effort to detect steroid doping in elite sports — science that overlaps with other research they lead focused on perinatal and child nutrition. Their goal? Clean competition across the board.

What drives me in this work is kids feeling like they have to dope in high school. All of a sudden, you’ve turned a healthy activity into a dangerous activity.

“What drives me in this work is kids feeling like they have to dope in high school,” Brenna says. “All of a sudden, you’ve turned a healthy activity into a dangerous activity. So, you want to avoid doping, and you want to catch the people who give kids the impression that it’s something they should be doing to succeed.”

A Brief History of Anti-Doping Efforts

The practice of using performance-enhancing substances has been around as long as competitive sport, but doping regulation only started becoming standardized in the 1990s, as testing techniques advanced. Near the turn of the century, the World Anti-Doping Agency was established, followed shortly by the U.S. Anti-Doping Agency. And Brenna and Tobias began their work in earnest.

“A lot of people think testing for drugs is just a matter of buying an instrument from a manufacturer that enables a quick check to get a ‘yes or no’ answer,” Brenna says. “Before you even get to the point of being able to test, the work starts in academic labs, where people dream up ways of measuring things. And the way it starts isn’t always glamorous; the first iterations are usually built with string and sealing wax.”

The methods Tobias and Brenna helped refine are applied to a technique known as high-precision isotope ratio mass spectrometry. Conducting a test starts with a urine sample. Then, a complicated extraction procedure leaves a purified sample of steroids. The steroids must be separated and converted to carbon dioxide.

“The important point here is that you’re looking at something that already naturally exists in the body,” Tobias says. “So, you need to differentiate what comes from an external source. If the target steroid that you’re looking at — say, testosterone — has a different carbon-13 composition from other steroids in the body, then that says it came from an external source, and that’s indicative of doping.”

When using isotope ratio mass spectrometry to test samples, different labs around the world have different procedures. This can be advantageous because it makes it harder to cheat — but still, each lab must be consistent in its conclusions. This is where the standards that Tobias and Brenna developed enter: Samples with predetermined steroid isotope ratios help labs calibrate their data to reach a uniform answer, known as harmonizing.

Mario Thevis, Ph.D., professor for preventive doping research at the German Sport University Cologne, explains the significance: “Drs. Brenna and Tobias have been pioneers in this work. They provided the anti-doping community with steroid reference materials that are globally used in routine sports drug testing and, most likely, were part of the analytical procedures conducted in countless cases of suspected testosterone doping. It is the spirit, creativity, scientific excellence and surpassing motivation of experts like them that advance the utility of analytical chemistry in arenas such as sports drug testing.”

Improvements on the Horizon

Worldwide, sports make up a trillion-dollar business. Anti-doping research dollars are scarce by comparison. A coalition of sporting groups known as the Partnership for Clean Competition counts the U.S. Anti-Doping Agency, Major League Baseball, the NFL and others as contributing members, supporting a number of anti-doping research projects every year. That includes work by Tobias and Brenna, who collaborate with global partners like Thevis. Their latest focus is on techniques to speed up the testing process, which can take several days. Improving the chemistry involved in converting the steroids to carbon dioxide — and the mass spectrometer itself — could cut the time required by a third.

“The key limiting factor is resources for the good guys,” Brenna says. “But there are a lot of impressive people in this field working behind the scenes. That is a really encouraging thing for the kids on the track and in the locker room, whether they’re aware of it or not.”