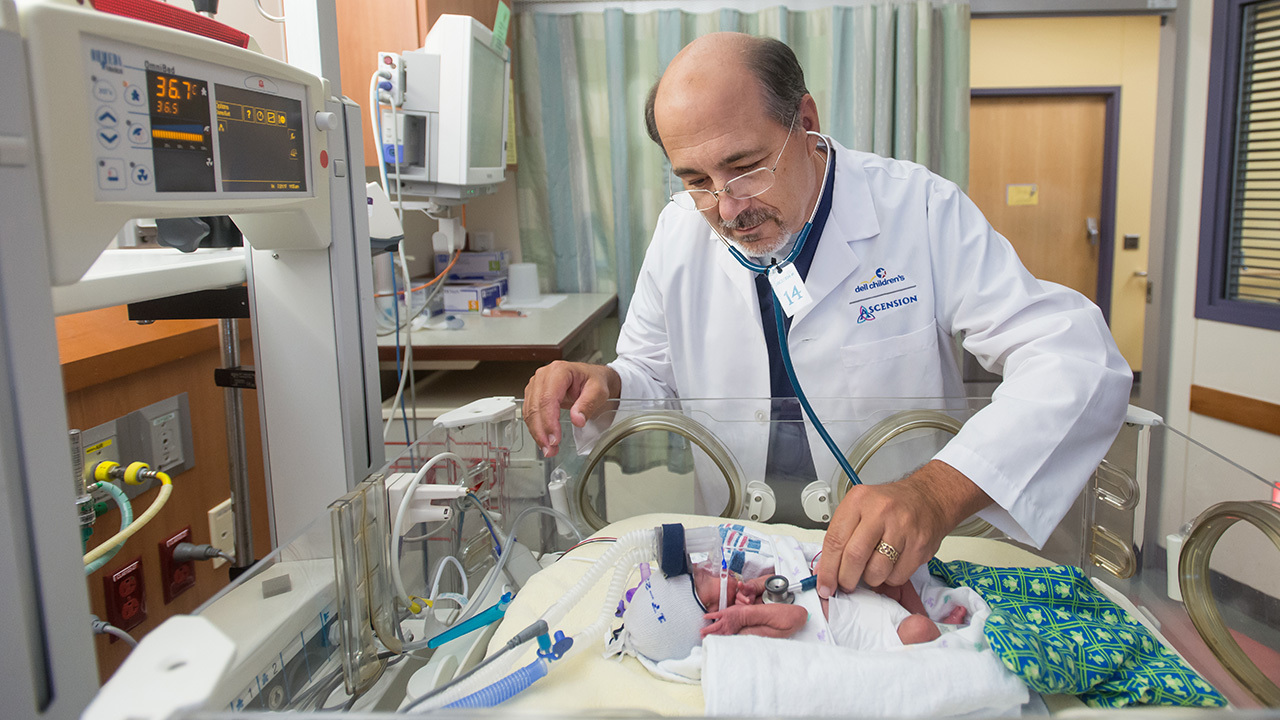 About 10% of babies in the United States are born prematurely, before 37 weeks in the womb. Walking down the hall near a neonatal intensive care unit (NICU), you can hear alarms ringing to alert hospital staff of a range of cardiorespiratory complications: apnea (lack of breathing), hypoxia (low blood oxygen) and bradycardia (slowed heartbeat), just to name a few.

Such complications — in addition to being immediately life-threatening — can indicate neurological issues like cerebral palsy, autism, developmental delay and more later in life. David Paydarfar, M.D., chair of neurology at Dell Medical School at The University of Texas at Austin, has assembled a cross-disciplinary team to tackle these risks in a long-term, large-scale project. The tool of choice? Data.

The team is creating a massive warehouse of vital signs collected from babies in two Seton NICUs, where new monitors are being installed. In the short term, the data can be used to predict when a complication like apnea might occur and to raise a flag to hospital staff so they can administer care to the most vulnerable babies in the room before the situation becomes dangerous.

“Apnea in particular is one of the biggest challenges we face when caring for preterm infants,” says Steven Abrams, M.D., chair of pediatrics at Dell Med and lead neonatologist on the project. “Creating a solution that would mitigate the critical nature of these issues would be a huge step forward in care delivery.”

In the long term, the data can be used to draw a clearer understanding about how early complications affect outcomes later in life. The project team will include faculty from the departments of both Pediatrics and Population Health as well as Seton physicians to assist in tracking these outcomes as babies continue to be monitored throughout childhood.

“A project like this has never been done on this scale before, and that’s part of why we still can’t fully predict how neurological conditions develop over the span of a young person’s life,” Paydarfar says. “We have so many more tools at our disposal now, and it’s critical that we have experts from a variety of disciplines — medicine, engineering and information technology — all invested in helping these children.” 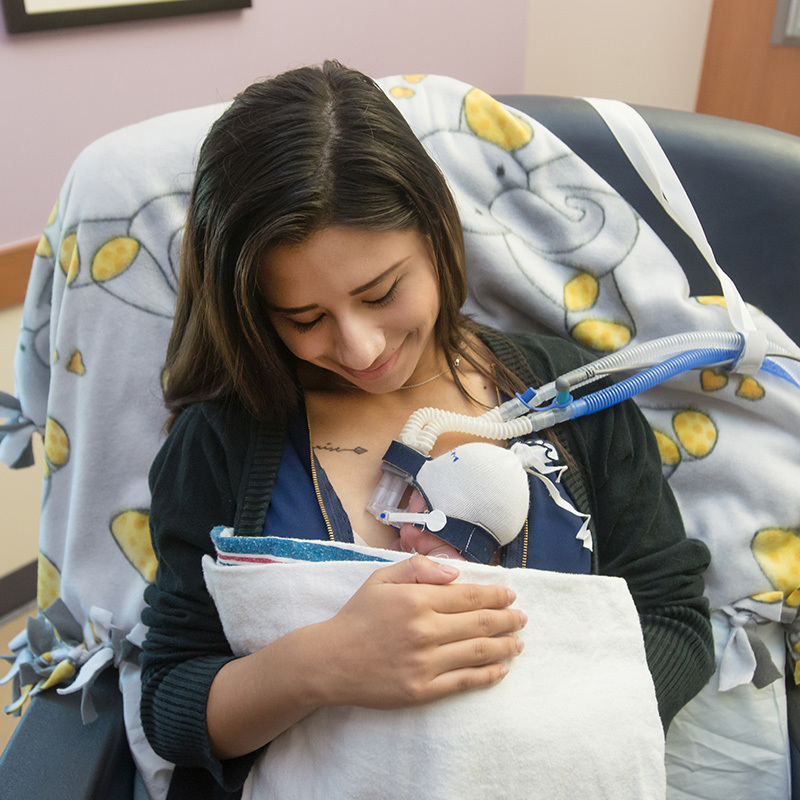 NICU Research on a New Scale

The data Paydarfar and team are collecting already exists. Heart rate, oxygen levels, temperature and more are all measured and printed using traditional telemetry tools — think hospital monitors — but these printouts are typically read, then forgotten.

New monitors in the Seton NICUs will be able to collect all the necessary data, then send it back to a warehouse hosted by the Texas Advanced Computing Center, where computers can detect patterns and begin to predict future complications.

“It’s a logical step in using the tools that are available to us in the health care field,” says Mike Minks, chief information officer at Seton. “This is just a matter of using the data we already have in ways that can give these babies the best fighting chance right from their first days.”

Predicting biological outcomes based purely on data is as complex as it sounds. Every person has different bodily rhythms, so writing software that can pick up on the nuances of biological functions in real time and begin to “learn” when something is about to go wrong presents a challenge. Alan Gee, an electrical engineering graduate student at UT Austin and a member of the data collection team, is writing the machine learning software that will be able to do just that.

“This is a special challenge from an engineering standpoint,” Gee says. “Often, solutions from engineering lack domain knowledge and don’t consider practical and logistical problems. In this case, we want to develop bio-inspired algorithms and devices that don’t interfere with duties of the nurses or doctors. We’re taking the data as-is — raw, potentially messy, real-life data — and building a solution that fits their needs without any intrusion into the day-to-day care of these infants.”

This is just a matter of using the data we already have in ways that can give these babies the best fighting chance right from their first days.

Closing the Gap Between Detection & Intervention

Another goal of the data collection project is to begin preventing — beyond just predicting — complications with new devices that can take corrective action. One example: a “smart mattress” that could provide a gentle vibration to wake an infant from sleep upon receiving an alert that the child may soon experience apnea.

Technology like the smart mattress has widespread potential for in-home use, and not just for premature babies. Nearly 4,000 infants die each year as a result of sudden infant death syndrome (SIDS); the definitive cause remains unknown, but SIDS often occurs while the child is sleeping.

In 2014, Jessica and John Pieratt’s son, Moss, passed away at just shy of 15 months old with no discernible explanation. Sudden unexplained death in childhood (SUDC), which happens in children more than a year old, affects hundreds of children and families each year. The Pieratts, along with Jessica’s parents, Bobby and Jan Jenkins, went on to found the Moss Pieratt Foundation, which works to raise awareness and money to find a cause or cure for SUDC-related deaths as well as support families who have suffered from SUDC.

“The grief we faced after losing Moss was made that much harder not knowing what we could have done differently, especially when we had our younger daughters,” Jessica Pieratt says. “Information about safe sleep practices is a great start, but it’s the accurate data that’s really needed. A project like this is so important because even though things like SUDC and SIDS are rare, it doesn’t mean they should be allowed to continue. We have to gain a better understanding of what is happening to these babies — and what we can do to stop it.”