One Plus One Equals 10 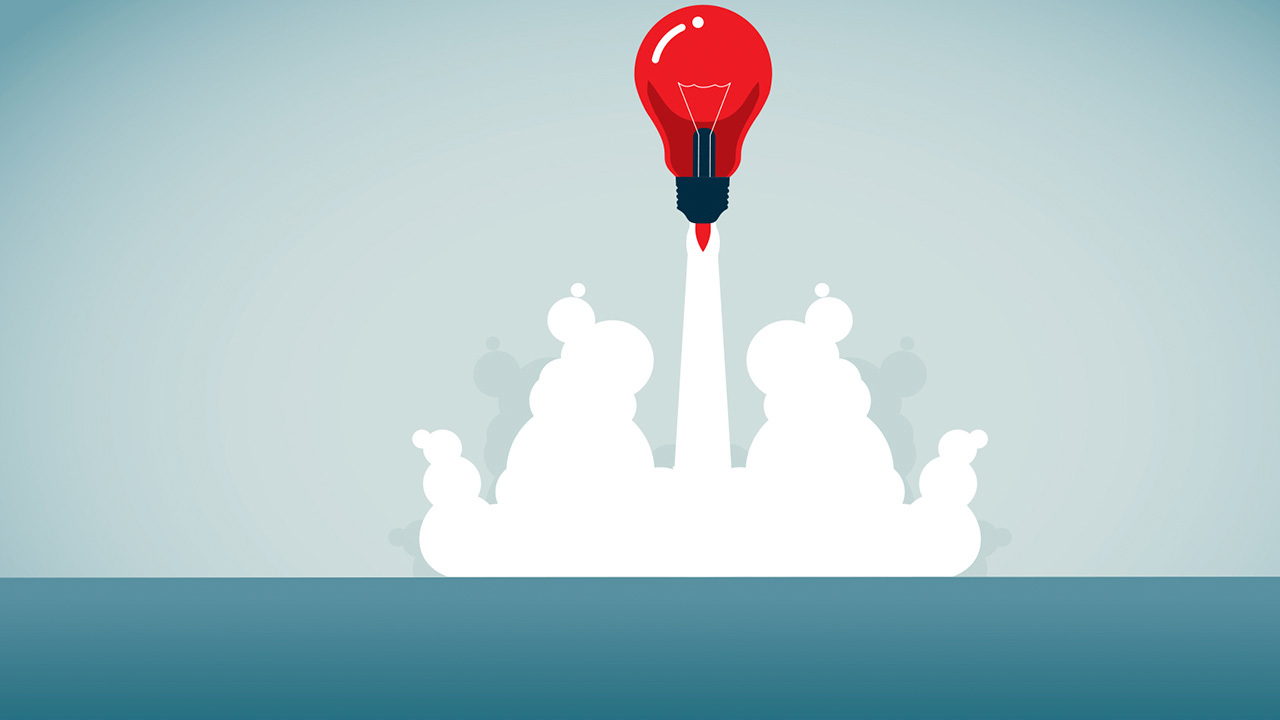 While a mother rests shortly after the delivery of her baby, her physician inserts an intrauterine device (IUD). This long-lasting, reversible contraceptive device is 99% effective and will prevent future pregnancies, which when closely spaced increase the risk of delivery-related complications, preterm birth and low birth weight.

The procedure is quick and painless, giving the mother reliable birth control that will allow her body to fully recover as she adjusts to life with her new child.

For Amy Young, M.D., inaugural chair of the Department of Women’s Health at Dell Medical School at The University of Texas at Austin, this is her dream for patients — one that, today, isn’t standard practice for women who want an IUD. Due to the increased expulsion rates of IUDs placed immediately after birth, many physicians advise patients to wait until the six-week postpartum checkup to insert an IUD. But the most vulnerable population for unintended pregnancies — women who lack adequate insurance coverage or face socio-economic barriers — often don’t make it back for their follow-up appointment.

“Unplanned pregnancies change the trajectory of a woman’s life,” Young says. “An IUD that can be placed immediately after birth could allow more women to take advantage of contraceptive options and will help us meet patient needs in a more caring, compassionate and thoughtful way.”

In the U.S., nearly half of all pregnancies are unintended, according to the Centers for Disease Control and Prevention. The majority of these pregnancies occur among women who already have children — and often happen within two years of the previous birth. Young saw an opportunity for technology to improve care and health outcomes for all women, not just those of low income. And she knew the right program to help make it happen.

We’re bringing together teams of innovators — local industry experts, engineers, scientists and clinicians — to address critical health care challenges. And we provide them with the tools they need to succeed.

The Health Product Innovation team at Dell Medical School is building a pipeline of support for products — medical devices, software, diagnostic methods and more — that can transform health and health care while keeping costs low. Through Texas Health Catalyst, a program that vets, shapes and supports promising solutions to real health problems, and related programs and workshops, the team empowers innovators across the university and throughout Austin to collaborate to solve community problems.

“I put this issue before the Health Product Innovation team because I knew they’d get the right people in the room that needed to hear it,” Young says.

“We’re bringing together teams of innovators — local industry experts, engineers, scientists and clinicians — to address critical health care challenges. And we provide them with the tools they need to succeed,” he says. “Our advisory panel has an incredible breadth and depth of knowledge, and their support empowers teams to develop new ideas that are clinically and commercially viable — ideas that can change lives.”

Texas Health Catalyst provides support and seed funding for ideas proposed by multidisciplinary teams in Austin. To date, the program has awarded more than $488,000 across 12 projects over two cycles, and the third cycle is nearing the award phase.

“I saw an opportunity to meet a huge health care need that, at its core, is a mechanical problem, which is in my wheelhouse,” he says. “The IUD expulsion issue is not drug related — it’s happening because the uterus is very large right after birth and then it contracts down. There’s a mechanical involution process.”

Through Texas Health Catalyst, Rylander was introduced to Yvette Williams-Brown, M.D., assistant professor in the Department of Women’s Health at Dell Med and a gynecologic oncologist.

“I immediately saw the potential for large-scale societal impact,” Williams-Brown says. “Patients need access to effective, long-acting contraception in a timely manner. And this solution serves one of the most vulnerable populations.”

Texas Health Catalyst offers awards of as much as $50,000 for projects, but even more valuable is the feedback and connection-making that help products reach critical development milestones and maximize the potential for licensing and commercialization. The program uniquely narrows its focus to solicit ideas addressing demonstrated community needs within clinical focus areas where Dell Medical School can provide support. The latest request for proposals focused on women’s health, neurology/mental health and musculoskeletal (bone, joint, muscle or nerve) issues.

“We’re looking for solutions to real clinical problems, not just good ideas,” Rathnasingham says. “To that end, we’ve partnered with local physicians as well as industry and community health experts to identify areas of need in the Central Texas community.”

Soon after the kickoff, Rylander and Williams-Brown came together to apply to Texas Health Catalyst, drafting a white paper and a written proposal. Throughout the proposal review process, the Health Product Innovation advisory panel provides teams with feedback and guidance. Selected applicants work closely with experienced industry and clinical experts who not only provide specific strategic, regulatory and marketing expertise, but also introductions to potential collaborators, licensing targets and sources of potential funding.

After receiving feedback, Rylander and Williams-Brown decided to shift their approach from developing a brand-new IUD to creating a temporary attachment device that interfaces with multiple brands of commercially available IUDs. The device holds the IUD in place during the postpartum period when the uterus contracts.

In December 2016, the team received $7,500 from Texas Health Catalyst, funds that were critical to getting the project off the ground. On the recommendation of the advisory panel, the team used the funds for business model development and regulatory strategy. Nishi Viswanathan, director of Texas Health Catalyst, advised the team to participate in the National Science Foundation Southwest Regional I-Corps program, which helps scientists connect with key stakeholders.

“It was important for the team to go beyond Dell Med with this idea,” Viswanathan says. “Before you begin developing a product, you need to confirm that a clear pathway to the clinic exists and that clinicians, patients and other end users will be interested in your solution.”

After completing the regional cohort, Rylander and Williams-Brown were then accepted into the national I-Corps program and received a $50,000 grant to do more customer need and market need validation — a grant that is still ongoing. The team also received a $29,500 Innovation Grant from the Cockrell School’s Innovation Center and is currently applying for funding from the Small Business Innovation Research program to continue the translation of the technology to the clinic.

“We are so much further along in the path to commercialization than we ever would have been without Texas Health Catalyst,” Williams-Brown says. “We had no concept of the steep climb of regulatory and business development challenges we would face. The team’s wise advice throughout has been a key part of what’s propelling us forward.”

During the course of the project, Texas Health Catalyst has introduced the team to several advisers who have helped the team forge ahead by identifying and addressing challenges as early as possible.

“Help is available at every step along the way,” Viswanathan says. “This team has been stellar in terms of their eagerness to absorb and integrate advisor feedback into their plans.”

The Health Product Innovation team leverages partnerships across the university to offer support for innovators regardless of the maturity of their projects. For example, the team works with students in Texas’ McCombs School of Business to help strengthen ideas and find paths to market.

“The students created a pitch and helped us envision how we might approach future investors,” Williams-Brown says. “It was very helpful insight.”

The researchers’ work with university partners didn’t stop there. Rylander and Williams-Brown were recently accepted into the Texas Venture Labs program, also part of the McCombs School. Students are investigating difficult questions that the team doesn’t have the time or expertise to dive into.

“They’ve been doing lots of critical market research,” Rylander says. “For example, they’re looking abroad. The biggest need for this technology actually isn’t in the U.S., it’s in other countries where there are many more times the number of unexpected births.”

Charting the Course Ahead

More than a year after their first meeting, Rylander and Williams-Brown are 90% of the way to perfecting a functional, minimally viable prototype of their device, which connects to an IUD through a biodegradable tether. From here, they’ll refine the prototype while testing the device on tissue, then test on animals and ultimately seek FDA approval to begin clinical trials with patients. The team incorporated in November, forming IUT Solutions.

The collaboration has been a synergistic partnership. Williams-Brown provides insight into the clinical need, including physician and patient behaviors, while Rylander handles the engineering and technology development side. Both participated in the brainstorming for the device and are co-inventors on the original patent.

“As we talked through things, I made suggestions based on other procedures and tools I’m familiar with as a surgeon,” Williams-Brown says. “I brought in a number of devices and then Chris and his students would break it down to its elements and figure out how it works. It was cool to see how things I wouldn’t have originally thought about using ended up being applicable.”

“Our interaction has had a multiplicative effect,” Rylander adds. “We’re so much more than the sum of the parts. It’s like, one plus one equals 10.”

For Young, the success of this cross-disciplinary partnership provides hope for a better future for her postpartum patients and the prevention of unintended pregnancies.

“Chris and Yvette are both coming at this need from different perspectives. As I’ve watched them worked together, I feel more sure and secure in the fact that we’ll come up with a solution to scale for a large population,” she says. “I’m allowed to dream, and because of the Health Product Innovation team, our researchers are empowered to solve.”