Dell Med is entering its second year of enrollment. Meet four of the 50 students who will join the revolution. 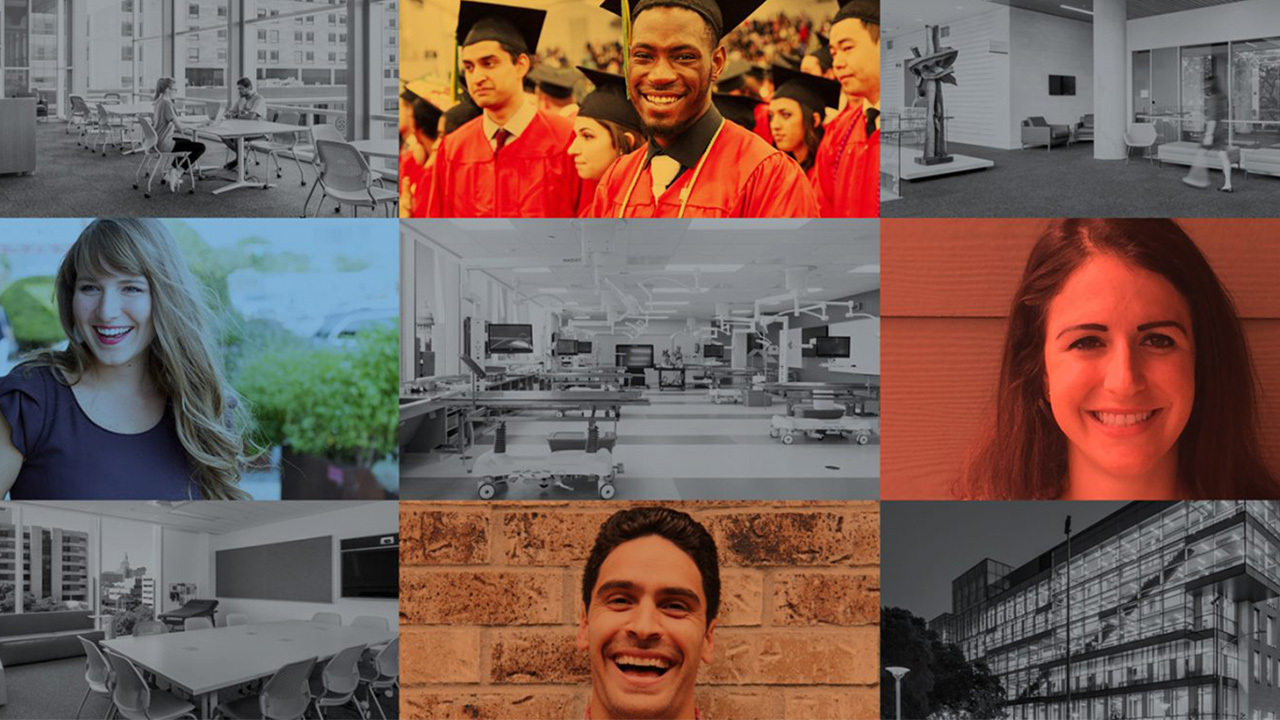 For the second time, Dell Medical School at The University of Texas at Austin is welcoming new students.

The Class of 2021 includes 50 future physician leaders ranging in age from 21 to 38 (and more women than men). They join the 50 inaugural students now entering their second year of studies and preparing for the start of clinical rotations — hands-on hospital experiences that offer medical students the opportunity to apprentice to physicians and interact with patients.

In addition to evidence of academic ability, the selection process at Dell Med looks for students with personal attributes and life experiences that have prepared them to meet the school’s mission to revolutionize how people get and stay healthy. It incorporates feedback from nursing, social work, business, education and medical faculty as well as community leaders.

We are looking for applicants who align with and will actively contribute to our mission. That means individuals who demonstrate skills and traits that set them apart as leaders, innovators, change agents, problem solvers and collaborators.

Among this year’s class — chosen from a pool of 4,832 applicants — are a graduate of Boston University who was inspired to pursue medicine after watching the ways the health care system failed his family, a U.S. Army veteran who plans to make a difference in emergency medicine, a businesswoman whose career trajectory was altered by a close encounter with a military coup, and a UT Austin alum whose first step to becoming a physician came when he took a job as a janitor at a mental health care facility.

When he was 10 years old, Dekoiya Burton’s mother had a baby: a boy, born without arms and legs. She was a single parent, living with postpartum depression, suddenly raising a child with a disability. As Burton remembers it, she received little support from her health care team.

“That’s when I decided to become a doctor,” he says. “I never wanted to see another mother go without a continuum of care.”

Burton, 23, was drawn to Dell Med’s mission to educate physician leaders who are as comfortable taking on transformational health challenges as they are caring for patients.

“This school is committed to more than just educating the best clinicians — it’s also training the best health care advocates and community-oriented doctors,” he says. “That’s exactly what I was looking for, and it represents the change I want to help make in the health care system.”

As an undergraduate intern at the Boston Medical Center Breastfeeding Center, dedicated to research, policy and advocacy, Burton saw how diverse groups can work together to effect change and improve patient care.

“It takes community leaders, researchers, policy advocates and physicians all coming together to have the hard conversations about how to change and shape the infrastructure,” he explains. “But in the end, it’s critical to go back and listen to the patient population. That’s who we’re here for.”

Hannah Rosenthal’s motivation can be summed up in one word: Rebecca. During their childhoods, Rosenthal’s older sister faced severe neurological and cognitive challenges, meaning both girls spent time at Texas Children’s Hospital in Houston — one as a patient, and one as a witness.

“I was dead set on becoming a neurologist to help kids like Rebecca,” Rosenthal says.

But as a college student at West Point, Rosenthal explored other interests, joining her classmates in the military after graduation. Commissioned as a second lieutenant, she served as an intelligence officer and deployed to Afghanistan twice. There, while on patrol, she realized medicine was still her calling.

“I saw a lot of injuries to both U.S. soldiers and enemy combatants,” Rosenthal, 29, says. “Watching our medics and docs triage and care for patients on the battlefield and then get them back to receive the care they need really struck me.”

At Dell Med, Rosenthal hopes to become a physician who can make an immediate impact in the lives of patients through emergency medicine.

“I want to go out into the heart of things and get my hands dirty,” she says. “That’s what I like to do.”

Though Rosenthal no longer plans to specialize in neurology, Rebecca is not forgotten. Since returning to civilian life in 2015, Rosenthal has been busy leveraging leadership skills honed in the military. While completing pre-med requirements, she worked as volunteer coordinator for Pursuit, a capital campaign to benefit The Center Foundation in Houston. It provides support and services to adults with intellectual and developmental disabilities like Rosenthal’s sister. With her help, the campaign raised more than $13 million.

Hometown: Round Rock, Texas
Education: The University of Texas at Austin | B.S., Biology

As a biology student, Taylor Taliaferro loved working in the plant lab. But plants don’t talk back. “I was about to explode from words left unspoken,” she says.

After graduation, she looked for opportunities to work with people, building a career in sales. As an account executive and partner development manager for Abilitie, a leadership development firm, Taliaferro traveled the world connecting Fortune 500 clients with management, leadership and business training. But in 2015, when she showed up to facilitate an executive leadership development program in Thailand, the military staged a coup — shaking up not only her business trip, but her entire career trajectory.

“It gave me some unexpected time to reflect. I started thinking about what was really essential in my life,” Taliaferro, 28, says. “I realized that no amount of international travel or business success would fulfill me. On a deeply humanistic level, I knew that I needed to dedicate myself to a cause that could have a meaningful and lasting impact on the world.”

Taliaferro is confident her sales skills will serve her well as a physician.

“We’re all in the business of sales, whether you’re talking to board members or you’re talking to patients,” she says. “It’s about convincing people that you have the right tool or solution for them. And those can be tough conversations.”

We’re here to train not just doctors, but physician leaders who are as comfortable taking on transformational health challenges as they are caring for patients.

Jameson Tieman took an unusual path to medicine. While working as an appeals reviewer for the Texas Office of the Attorney General — and planning for law school — he started moonlighting as a part-time custodian at Integral Care.

“I knew that I had discovered a great passion because I was thrilled to go to work each day, despite the fact that I was spending most of my time scrubbing toilets and emptying trash cans,” he says.

Tieman, 27, worked his way up to assistant supervisor of the facility, which provides mental health services to people who are poor and uninsured in Austin and Travis County, which he describes as “the front lines of psychiatric emergency medicine.”

If they were the front lines, he was on them, interacting with and caring for patients daily. At Dell Med, he hopes to work with a similar population, “those who are the most disenfranchised, with the least resources.” He’s eager to transform the approach to mental health care and ignite change in the system.

“I want to build a business, or generate new technologies, or foster community programs that improve the health and well-being of individuals and communities — and smash some of the stale, ineffective conventions that have dominated medicine for decades,” he says.

Tieman believes his liberal arts education, along with his professional experience working in the health care ecosystem, uniquely prepares him to tackle the challenges of health care.

“The study of history helps us to achieve what is a deceptively difficult task — bridging cold analytical thought with humanity and warmth,” he says. “I think that confluence of art and science is exactly the task that physicians undertake.”