One in four women experience sexual trauma while in the military — and there are crucial gaps in the care they receive afterward. In partnership with Texas Health Journal, REthink explores how a psychologist-researcher is doing her part to support them. 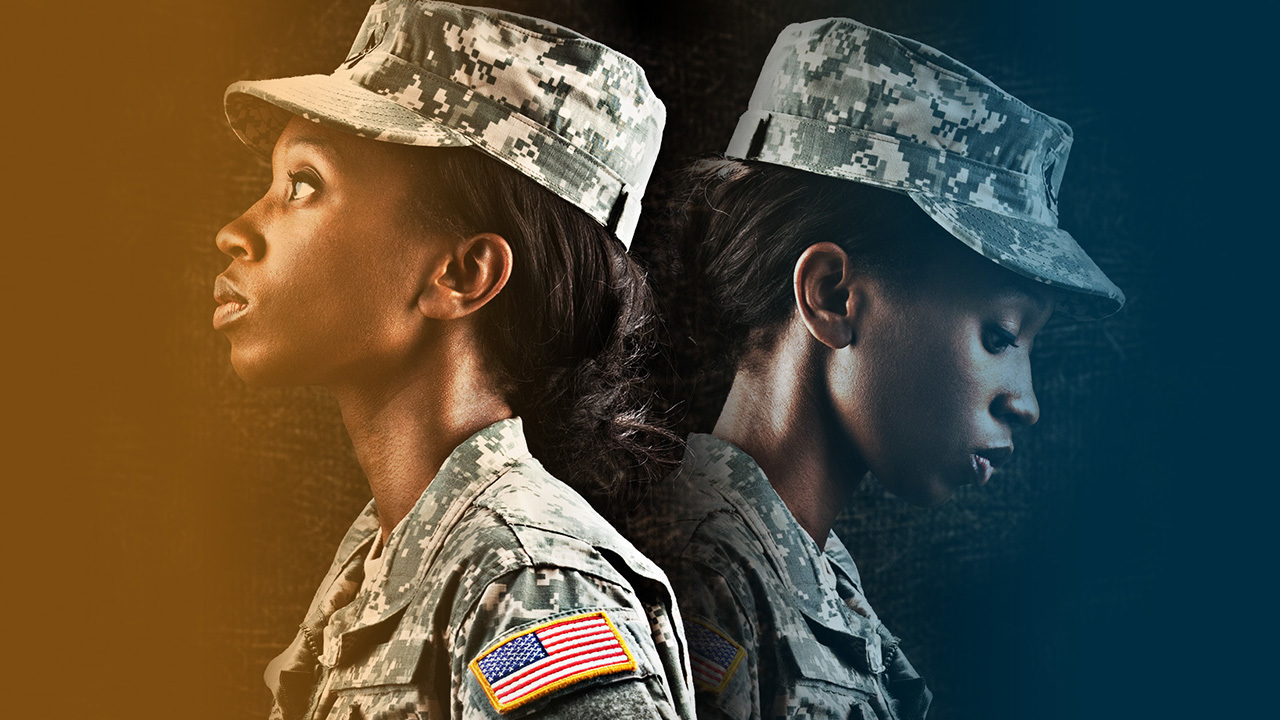 After her mother died in 1989, Rhonda Mack thought that joining the Army would be a safe bet for stability. She sought solace in continuing the family tradition of serving in the military. Two years later, a knee injury led to her discharge — a relief. Mack describes that while serving as a military police officer, she had been raped twice and molested once, each time by different male colleagues on base. This is not an isolated case. In fact, far from it.

Twenty-five percent of women experience sexual trauma during their military service. This estimate from the Department of Veterans Affairs (VA) is likely low due to a lack of disclosure; a 2015 American Psychological Association report put the rate of women sexually assaulted in the military at 40 percent. That means that of the 2 million women veterans in the United States as of 2015, a staggering 800,000 have experienced sexual trauma during service.

For psychologist Suzannah Creech, Ph.D., an associate professor at Dell Medical School, these facts — combined with what she’s learned from working with veterans — underscore the importance of improving health care delivery to address unique needs faced by people who have given so much for their country.

“We have to create a trauma-informed health care system that provides gender-specific care for both medical and mental health issues,” Creech explains.

So, where does that work start? The Veterans Health Administration plays a key role in adopting best practices and improved approaches to care — but the ideas are often developed in partnership with academics. Creech, a researcher with the VA’s Center of Excellence for Research on Returning War Veterans and Dell Med’s Department of Psychiatry, is well-positioned to bridge the gap between leading-edge discoveries in the field and the realities of how care is delivered.

We have to create a trauma-informed health care system that provides gender-specific care for both medical and mental health issues.

One promising approach involves the use of technology to empower veterans to collaborate in their care. Led by Creech, a computer-based intervention for health risks that result from untreated trauma in women veterans — risks that can harm relationships and family functioning — is now in clinical trial.

How it works: A woman completes a survey on a tablet computer at her primary care physician’s office. If exposure to sexual trauma is reported, the tool presents questions to investigate further into potential health risks including post-traumatic stress disorder (PTSD), alcohol abuse and intimate partner violence. Based on her responses, the woman is provided with a trove of video and web resources to prompt next steps for care.

“We need technology-based interventions that put rich information in the patient’s hands rather than just saying ‘here’s a phone number’ or ‘here’s another clinic you can go to,” Creech says. “Technology can’t replace high-quality therapy when it’s needed, but it can supplement and streamline current processes to decrease the health risks associated with trauma.”

When Rhonda Mack was honorably discharged in 1992, this kind of targeted support wasn’t available. In fact, sexual trauma in the military wasn’t even identified as an issue facing veterans until later that year. Since then, progress on addressing it has been slow, according to Creech.

Just this year, an encounter with a primary care doctor at the VA triggered Mack’s post-traumatic stress disorder. She found a new primary care physician and lodged a complaint with the hospital about the doctor’s insensitivity.

“It was, and still can be, a horrible experience,” Mack says, describing the care she’s received in her journey toward wholeness.

Progress … & a Call to Accelerate

While the tools created by Creech and her colleagues help veterans access more resources for mental health, parenting and intimate relationships, she reiterates that the care delivery system as a whole needs to continue evolving — faster than it is now — and to train physicians in trauma-informed care to avoid incidents like what Mack experienced.

For example, an effective intervention designed by Creech’s team for veterans who recently used aggression toward their intimate partners is offered at 37 hospitals nationwide, but expanding it to all of the nation’s 170 VA hospitals will take about five years.

In the meantime, veterans like Mack may go underserved, or, in the best scenarios, create their own ways to heal and help others. To become the support for fellow “lady vets” that she lacked, Mack returned to school for a master’s degree in counseling and organized a group for female veterans in Austin who experienced sexual trauma while in the military. She hopes to see this expand into a community-focused project that raises awareness about women veterans and shows others they aren’t alone since isolation contributed greatly to her own PTSD.

“The support group for my sister vets is intended to be a safe place where we can share our truths about the things we survived in the military, and never spoke about to any non-vet,” Mack says. “We can do great things when we grow our numbers. And that’s the goal.”

Kim Berger contributed to this report.