Only about a third of surgeons are women. But three sit at the top of Dell Med’s residency program, following a trend toward greater representation in the field. 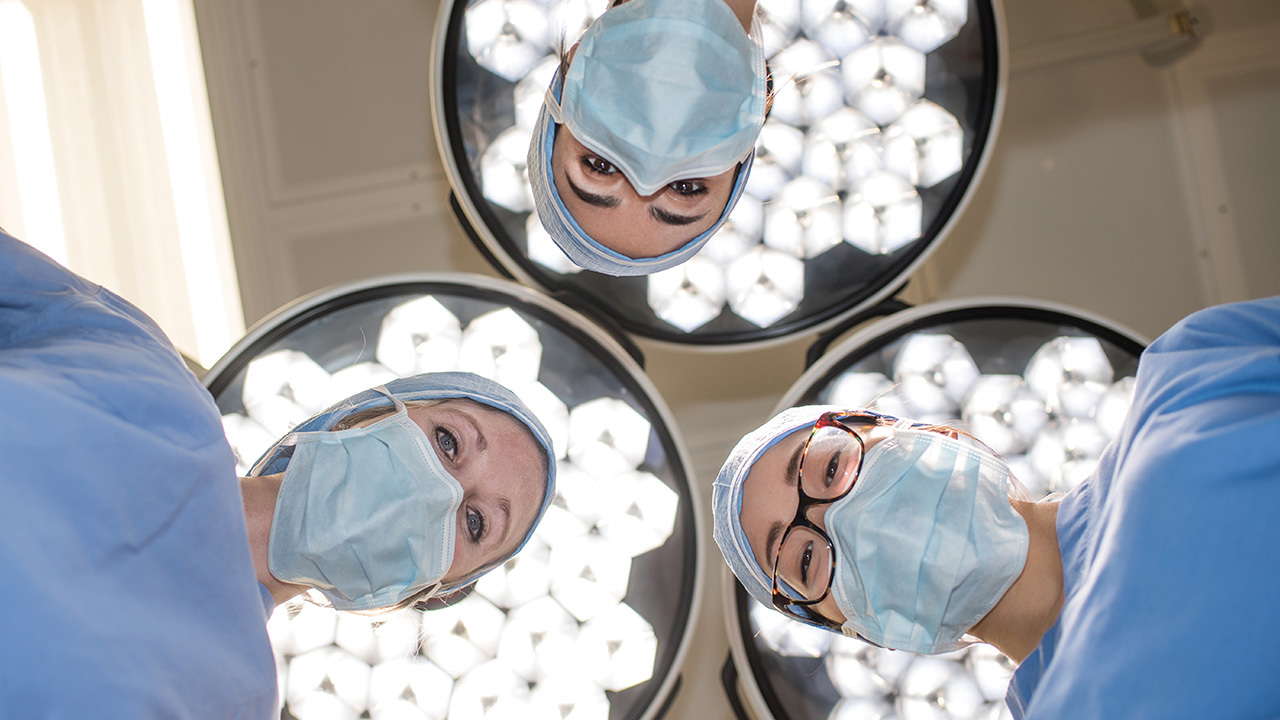 Surgery is a medical specialty long dominated by men. But that’s changing, and it is perhaps nowhere more evident than in rounds run by Brittany Bankhead-Kendall, Choyin Yvonne Chung and Pamela Daher — the three chief surgical residents at Dell Medical School at The University of Texas at Austin.

Women make up a little over one-third of general surgical residents in the U.S. and Canada, according to the Association of American Medical Colleges (AAMC). This year, six of Dell Med’s 15 surgical residents are women. Those in their final year of the five-year program act as chief residents, leading a dozen junior residents and medical students in refining and honing their skills in the art and science of surgery.

“It’s an exceedingly rare phenomenon for all three surgical chiefs to be women,” says John Uecker, M.D., Dell Med associate professor and program director of the surgery residency program. “But it makes sense that if it happened anywhere, it would be here at Dell Med, where we specifically aim to promote diversity in medicine while attracting the best and the brightest in the field.”

The scarcity of women in surgery has little to do with ability. Despite the field’s gender disparities, recent research suggests that woman surgeons actually perform better than their male colleagues. A 2017 BMJ study of more than 3,300 surgeons shows that patients of woman surgeons have lower death rates, fewer complications and are less likely to be readmitted to the hospital in the first 30 days after leaving.

Dell Med’s surgical chiefs are aware of their strengths.

“We are very open with our communication lines and willing to listen to each other’s opinions before acting,” says Daher, who was born and raised in Bolivia and serves as chief surgical resident in charge of communications.

The cultural diversity she brings to the table is another advantage. “It helps me keep my mind open. When you come from a different country, it helps you empathize with your patients and makes you more flexible in your thought processes.”

Yet stereotypes still distort perceptions. Chung, who was born in Taiwan and moved to the U.S. at age 10, says people often expect her to be more reserved and passive than others because she’s an Asian woman. She is generally the opposite: “They learn pretty quickly that I can be vocal and headstrong and I really don’t fit into that stereotype at all.

“What being a surgeon looks like is changing, and there’s no longer one look or personality type or nationality for surgeons — those things just don’t matter as much as they used to,” Chung says. 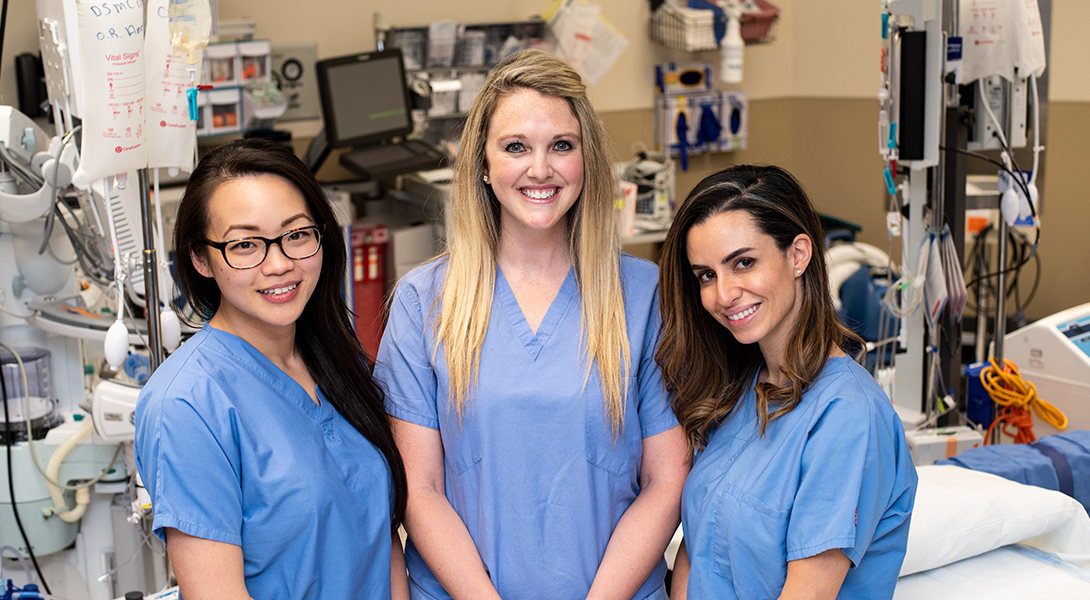 At Dell Med, Bankhead-Kendall, who grew up in West Texas and Dallas and is responsible for developing education and curriculum for her program, is digging deeper into the dynamics of her profession through a study on gender bias in medicine, something she says is ubiquitous even within the medical school’s community.

Her study involves giving 130 trauma and surgery patients an implicit association test to help uncover unconscious bias. Initial results show that gender bias is widespread, even among the most well-intentioned. But her personal experiences alone were enough to convince her this was a thing.

“I may wear a white coat with my name and title on it, introduce myself as the doctor and have a full conversation with the patient,” she says. “Still, the surgical nurse will come find me later to relay the complaint from the patient that they are still waiting to speak with the doctor.”

Daher has had similar experiences. “Staff may automatically call me ‘Pam,’ while they address the male residents as ‘Dr. So-and-So.’ And when I walk into the room, patients often assume I’m a social worker, nurse, anything else except the doctor — not because they mean to; it’s just ingrained in our society,” she says.

What being a surgeon looks like is changing, and there’s no longer one look or personality type or nationality for surgeons — those things just don’t matter as much as they used to.

René Salazar, M.D., assistant dean for diversity at Dell Med, says that the school is aware of the need to address gender and other forms of bias.

“Since 2016, Dell Med has frequently offered an unconscious bias training program to increase awareness among students, trainees, faculty and staff,” says Salazar. But it wants to do more. “We hope to use the preliminary results of [Bankhead-Kendall’s] study to think about opportunities to educate patients about gender bias by working with hospitals, community clinics and other partners.”

Meanwhile, Bankhead-Kendall, Daher and Chung are in charge.